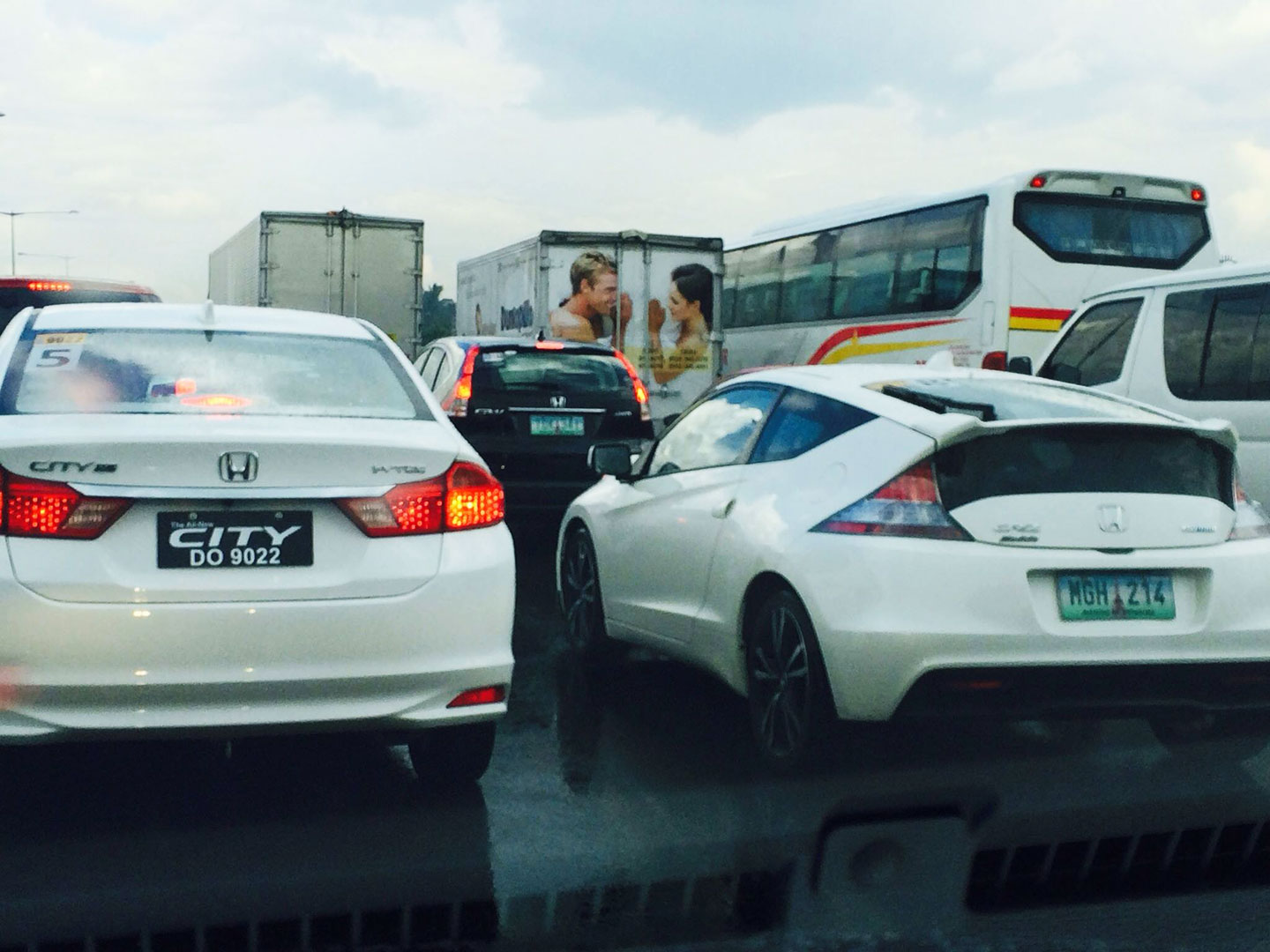 The ever-worsening road traffic in and around Metro Manila (no thanks to the daily and nightly onslaught of trucks, and a tsunami of new cars purchased, and driven, by a new generation of upwardly mobile Pinoys) has taken the pace of the daily commute down to a crawl. And with the frustration and exasperation brought about by the hours needlessly wasted on the road, tempers often flare. Motorists, pedestrians, drivers and passengers tend to get ticked off by the slightest provocation.

In my 25 years of driving, I have done all I could to check my emotions while on the road, even going to the extent of consulting a feng shui expert, who told me to “tie a blue string around the rear view mirror to attract positive vibes.” Well, I don’t know if that tactic worked (because  I sometimes wanted to tie that blue string around an idiot driver’s neck), but what I do know is that it’ll take more than blue strings to keep yourself together on the maddening roads.

To be honest, I have had my fair share of “nearly violent” road rage episodes—shouting matches, middle finger shoot-outs—with fellow drivers and the occasional pedestrian (and, of course, with the devil-may-care motorcyclist). Such moments are emotionally draining, really, and add unwanted stress to an already traumatic day of being trapped in a sea of cars travelling from naught to 5 kph at 9 a.m., your destination still a good 10 km away, and your appointment supposedly starting an hour ago.

What can I do, aside from playing the most relaxing chill-out music on my car audio? Here are some techniques I have found to be quite effective “mood stabilizers”.

It takes practice to balance your temperament in driving. The goal of a disciplined driver has always been to strike that balance between wakefulness and serenity, between knowing when to be defensive and when to be aggressive. When you’re at that sweet spot, nothing can ruin your day on the road, traffic or no traffic.