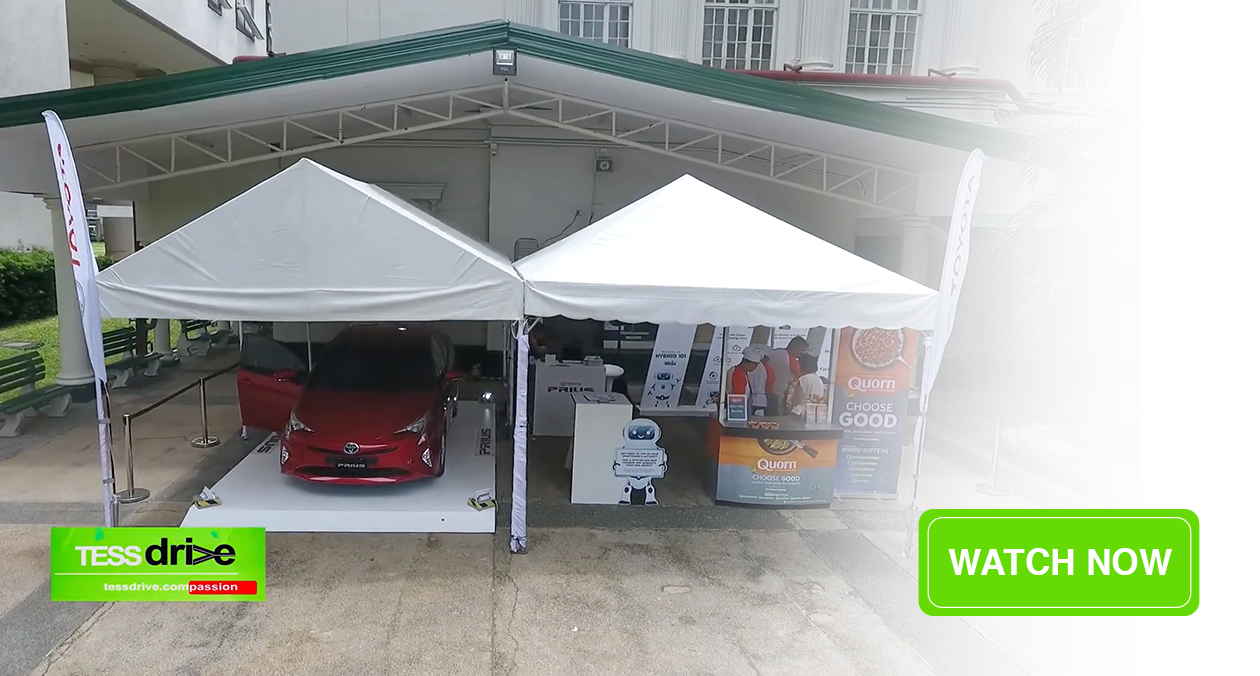 Companies have been scrambling lately to join the environment bandwagon. But decades before going green and being Earth-friendly became household terms, two global brands had been developing programs for environmental sustainability and the protection and welfare of animals.

After the successful launch last March of the Toyota Hybrid Electric Vehicle Campus Tour in Mapua University in collaboration with the world’s biggest meat replacement manufacturer Quorn as the food partner, the program now moves to  De La Salle University in Taft Avenue, Manila for the second leg of the HEV-low carbon footprint campus tour.

When alternatives to the conventional internal combustion engine were in their infancy in the 1990s, Toyota Motor Corporation had already developed the Prius, the world’s first mass-produced gasoline-electric hybrid vehicle, a practical, low-emission family vehicle.

In support of Toyota Motor Philippines’ low-carbon footprint environment campaign in schools, Quorn Philippines, a UK-based meat substitute producer, has been distributing Quorn Ground Nachos or Quorn meat-free nachos to the students during these two events.

The world’s biggest meat replacement manufacturer Quorn, which is now proudly Filipino due to its owner, food conglomerate Monde Nissin, knew from the start that it had to solve a nagging global food supply problem to meet the growing demand for the planet’s runaway population.

Animal-based foods, particularly on the current global scale of livestock production, represents the inefficient use of scarce land and water, and is a principal driver of deforestation, habitat destruction and species loss, and also embodies the heartless ways animals are treated and slaughtered.

On the other hand, in the transport sector, greenhouse gases produced by the combustion of fossil fuels are associated with global climate change.

So, the cars we drive, and the food we eat, play critical roles in the current state of our climate.

For decades, Toyota, through its hybrid electric vehicle Prius, has been using technology that reduces emissions by minimizing the use of fossil fuels. Its secret lies in the use of the electric motor and battery. Without sacrificing the fun in driving, the Toyota Prius represents a much more sustainable means of transport.

For over 30 years, Quorn—sourced from nutritious fungus mycoprotein—has been delivering sustainable nutrition. It has been proven to provide more health benefits compared to meat, but crucially, the greenhouse gas impact of its mycoprotein used in all Quorn products is an incredible 90% lower than beef, and 70% lower than chicken. Recently, University of Exeter scientists revealed that mycoprotein is better, more effective and faster for building muscles than animal-derived protein like whey or casein.

Quorn just launched 12 vegan products, including the custom vegan filling for the #1 Veganuary 2019 product, the Greggs sausage roll. Quorn has also launched the fishless fillets and Ultimate Burger, with an even better taste and texture. More ingredients are being tested in order to create vegan binding agents to replace the egg in Quorn’s non-vegan range.

Toyota, in its environmental action plan, has undertaken measures that will contribute to the sustainable development of our society and the earth in harmony with the global environment through monozukuri or car manufacturing, and the provision of products and services.

Indeed, why settle for just one planet-saving measure, when you can use two, and enjoy both experiences while at it?