In my almost 2 decades of being a health and science journalist for one of the country’s leading newspapers, I have noticed a rather worrisome trend in our lifestyles, involving something that goes to the very heart of our survival—our poor, uninformed decisions relating to our diets and food choices, which is leading us to the poverty of nutrition.

Arguably, this kind of poverty is even worse than the so-called “brain drain” or financial poverty. The nutrition poverty can spell disaster to the survival of our people, because nutrition is the essential first step towards a healthy, intelligent, and civilized society.

To make things even more alarming, our government is taking us down the straight path to dietary perdition. On July 2, 2013, the National Nutrition Council held a press conference to drum up its international campaign “Scaling Up Nutrition Movement” at the Manila Hotel. I approached Agriculture Assistant Secretary Salvador Salacup to suggest the possibility of his department encouraging our farmers to focus their energies to growing more vegetables, fruits and grains, and less on growing livestock. He dismissed that idea outright, insisting that farmers and their families relied heavily on livestock to stabilize their incomes. Whether what Salacup disclosed is based on actual fact or not, it is clear that the government is not about to “rock the vote” on matters that would displease potential voters for the 2016 elections—more so take away the proverbial hotdog dangling from the barbecue stick leading the vote-rich agriculture sector to a victory party for the ruling party.

Then comes the National Nutrition Council’s recent “10 Kumainments” campaign that shows the same old food pyramid that includes eating meat, fish and dairy as sources of protein (without explaining that protein can also be sourced from healthier sources like plants). Oh, yes, there is that “by the way, eat your fruits and veggies everyday” afterthought in its 3rd “Kumainment”.

And therein lies the rub, and everything wrong, with our diet and nutrition policies. Everything is free-for-all as far as the government is concerned. You want to be healthy? Eat meat. Eat Veggies. Eat fruits. Eat anything you can lay your hands on. Well, I’ve got news for you, sirs and madames. That’s what 100 million Pinoys have been doing all this time, and you spend hundreds of millions of taxpayers’ money just to belabor what is already being commonly practiced. 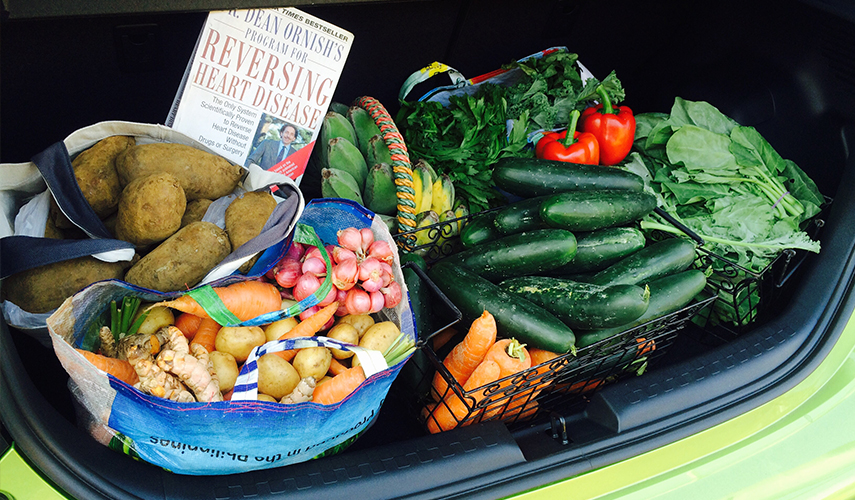 You lead us to the buffet table, and we will gather everything in sight, miraculously heaping more than what our plates can hold. That’s what your “Kumainments” crap is doing to us. It’s enough for Moses to cry out in dismay and smash his own two dinner plates (seeing that a whole ox had already been roasted on an open fire when he was expecting a feast of veggies and fruits).

What the people need right now are truly informed nutritionists who have the balls to tell us the truth about our eating habits, and a government with even more balls that will create new policies institutionalizing drastic changes in our public nutrition policies. And will someone from Malacanang please throw that god-awful food pyramid to the rubbish, where it belongs?

Because, if we continue chomping down this path, pretty soon we will never recover from being literally the “sick men and women of Asia,” nutritional mendicants living on lands blessed with so much fertile lands and open seas and nutrient-rich coastlines, yet still beg for meat-and-potatoes Western food fare that are completely off-kilter with what’s locally abundant and nutritionally necessary for our race’s body makeup: Vegetables, fruits, nuts and grains.

Our land mass cannot support the overproduction and consumption of meat and dairy products, and yet we still consume excessive amounts of them, then allocate only a small portion of our diets to vegetables and fruits. Filipino scientist Custer Deocaris has revealed that an average Filipino eats only 40 kg of vegetables and fruits per year, when the healthy amounts should be at least 69 kilos. In China, an average person eats 250 kg of vegetables per year.

The gross imbalance in our diets has contributed to the significant increase in the incidence of cardiovascular diseases (CVDs) in the general population, making it the leading killer disease in the country. Our prevailing diet has also been directly linked to obesity, metabolic diseases, cancer and malnutrition. The World Health Organization had observed that food insecurity and undernutrition persist in the same countries where chronic diseases are emerging as a major epidemic. The seventh national survey of the Food and Nutrition Research Institute showed the Philippines with a double-disease burden: 26 percent of children are malnourished, and 27 in every 100 adults aged 20 and above are either obese or overweight.

This is the unfortunate effect of the rising poverty in nutrition: We suffer and die unnecessarily from lifestyle diseases. Of the top 10 causes of mortality in the Philippines, five of them are lifestyle-related. We may be increasing in numbers (because population control is, at best, shaky in these parts where the number one export commodity is manpower, the RH Law notwithstanding), but we contract dreaded diseases earlier in our lives. We may be living longer, but that’s because of the leaps and bounds made by medicine and health technologies. In short, we’re on medical life support (via pills, machines, and tubes) earlier.

The sadder fact is that the general population—even the government—doesn’t take this alarming lifestyle trend seriously. We tend to look at our bellies’ widening girths as a sign of prosperity, a necessary step towards declaring a status of success. Why fix something that isn’t broken?

The thing is, we are nutritionally broken. We have been ever since our society became a predominantly meat-eating, fast-food craving nation.

I enrolled in a course to gain a better understanding of how a 100-percent whole food plant based (WFPB) diet can help enrich the lives of Filipinos. It was Professor T. Colin Campbell whom I quoted in an Inquirer article that said: “If Filipinos decided to eat plant-based diets and seriously rejected fast-food chains, they would gain much stature, more health, and be much richer and independent in the future.” 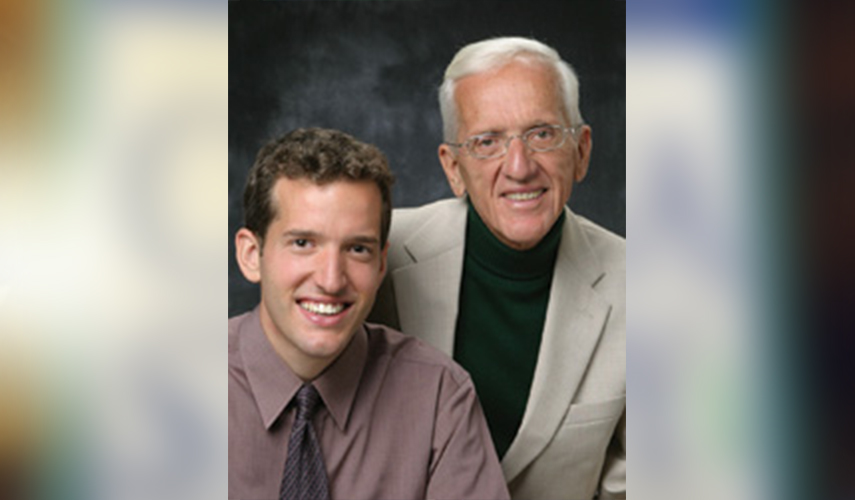 We need to fix ourselves. The sooner, the better. We can’t afford to wait for the government to make the first move. Every meal we spend eating the same things takes us closer to nutritional poverty—to a state where we live only because the hospital’s life-support system allows us so—at the age of 50 (or even younger).

The book “The China Study: Startling Implications for Diet, Weight Loss and Long-Term Health” which T. Colin co-authored with physician Thomas M. Campbell II, cited the role of diet in preventing lifestyle diseases. T. Colin Campbell is a Jacob Gould Schurman professor emeritus of nutrition biochemistry of Cornell University. I urge you to read his works, and then petition our boardmembers in the National Nutrition Council to enrol themselves at the T. Colin Campbell Nutrition Studies. 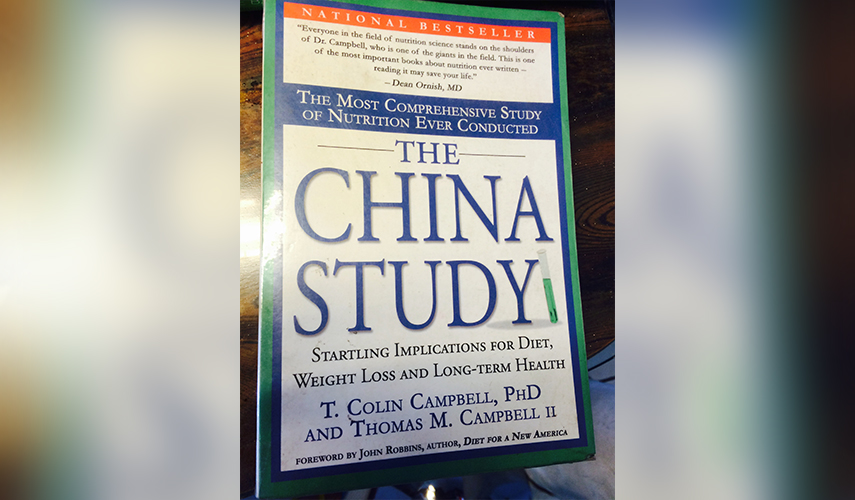 But there is something greater at stake here, which goes beyond human nutrition. It is nutrition for our own planet. I have gathered the following information from David Pimentel. professor of ecology and agricultural sciences at Cornell, and Bruce Monger, who teaches oceanography, also at Cornell.

“Very few people appreciate that the average person consumes 2,200 pounds of food per year. To translate that into calories, the average American is consuming 3,800 calories per person per day,and we should be eating 2,500 calories per day.”

He added: “Related to this fact of energy consumption, we suggest that, if you were a vegetarian…this would reduce the total energy inputs in our food system by about a third. For vegans, who don’t eat any milk and eggs, the energy consumption would be reduced by about 50 percent compared to the conventional consumption by people in the US.”

“The more nutrients you dump in the ocean from land, the more algae, and the more bacteria consume oxygen until the oxygen in the water falls to near zero. These are called hypoxic conditions, and when they go all the way to zero, they are called anoxic conditions. That’s fine for anaerobic bacteria, which don’t need oxygen to live, but any fish you can think of—shrimp, crabs, worms, you name it—they all need oxygen. When a region’s oxygen is down to zero, organisms can’t inhabit it, and they die. This is what oceanographers call a dead zone. A dead zone is an area of very low or zero oxygen where nothing that uses oxygen for growth can live.”

And nitrogen fertilizer is just the tip of the iceberg.

Nedley noted that the need to reform the politics of agriculture has not been lost on the WHO. “The WHO is aware of the need for countries to make changes in political structures that have encouraged diets high in animal products in the past.”

WHO’s book “Diet, Nutrition and Prevention of Chronic Diseases” (which made specific recommendations to nations in 1990) stated: “Governments should consider their investment and subsidy policies in both agriculture and the food industry…Policies should be geared to promoting the growing of plant foods, including vegetables and fruits, and to limiting the promotion of fiberless (and cholesterol-containing) products.

He also stressed: “Since the early ’90s the total number of fish caught globally has leveled out. The ramification is that we’ve maxed out the ocean. About 85–90 million metric tons of fish are pulled from the ocean every year, and that hasn’t increased since the late ’90s. It has leveled off not because we’ve decided to be really proactive and be kind to the ocean and not fish anymore. It’s leveled off because we can’t get any more fish out of the ocean.”

He also stressed that another indication of stress in the ocean and on fish populations is the average trophic level of the average fish catch of the global fishery. Monger explained that because there aren’t very many of them remaining, “they are starting to fish for lower and lower trophic-level fish that have less value per pound, such as sardines or anchovies and shrimp. The implication is that we’re scraping the bottom of the barrel for the last remaining crummy fish that we’re still willing to eat. It’s another indication that we’ve maxed out the ocean and we’re fishing them well beyond their sustainable levels.”

We really have to get our nutritional acts together now, before Nature makes its move and we are all the worse for it.